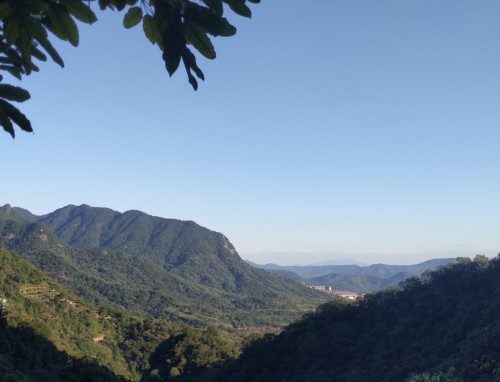 1. fill in the blanks

In everyday life we often see some beggars begging in the streets or subways. Recently some big cities such as Beijing and Shanghai have passed the law to ban beggars from subways. We have had a discussion about it.

46% of the students are against the idea. They think it is not right for the government to forbid beggars begging in subways. Some beggars really have difficulties in making a living. They play music in subways to survive. We shouldn’t look down upon these people. The society should take some measures to help them.

On the other hand, 54% of the students are for the idea. They think beggars won’t do any good to our city’s image. Beggars make a lot of trouble for the city. What’s worse, some beggars are just taking advantage of other people's compassion to make easy money. So the government should forbid beggars public places.

III. 1. It’s reported that medical services are availble to people her all the time.

2. My friends are interested in the way that / in which / X I tour/travel around the world.

3. Besides what is mentioned above, we must remove anything that / what might do harm / be harmful to young people.

4. Whether you will succeed (or not) depends on what you are made of.

5. He is a very efficient person and he usually finishes his work ahead of schedule.

II. will have studied; to be waiting; watch; would be built; feels

III. 1. The Shanghai Grand Theatre is located in the northwest of People’s Square.

3. Most of the parents expect much of their children.

4. The cloud lifted and the tops of the mountains suddenly came into view.

5. These questions are not easy to answer.

III. 1. There are a variety of vehicles in Shanghai, most of which are crowded / jammed all day (long).

2. The writer is not much concerned about people’s attitude towards his new book.

3. Because / Out of ignorance, the child exchanged the gold medal his father had won in a match for a bar of chocolate.

4. The more careful you are in an exam, the fewer mistakes you will make.

5. We must / should forbid people to wear leather clothes , because making them involves killing rare animals.

II. to avoid, being recognized; to heat; not locking/having locked; Using; was

III. 1. I don't need to/needn’t buy a new car as my old one is still in good condition.

2. Be sure to pay attention to protecting the environment and be considerate/think of others if/when/while traveling/doing traveling.

3. More emphasis should be put / laid / placed on raising questions instead of / rather than solving questions.

4. Some readers are offended by the black humor in the book.

5. As society changes, so does our attitudes towards life.

1. They don’t think they are obliged to make others feel better.

2. He complained to the police that he had been treated unfairly.

3. When you are crossing the road, you can never be too careful.

4. Emphasis must be put / lain / placed on the importance of vocabulary for English learning.

5. The chairman is so occupied with company business that he has no time to handle his private affairs.

1. Watching English movies is an effective way to expose yourselves to spoken English.

2. When we learn foreign languages, the first thing it to cultivate a good learning habit.

3. Generally speaking, I am in favor of your opinion.

4. The children’s paintings are on display at the school.

5. I depend on you to come earlier.

1. I am always confusing John with Paul.

3. Don’t pretend to know when you don’t.

4. A good speaker revises his speech, which is based on his reading of the eyes of the audience.

5. If a speaker overlooks the nonverbal communication of his audience, his failure is approaching.

1. It is strange that Peter and Jane would bump into each other wherever they went.

2. We can’t observe the traffic rules too much.

3. Each time he fails, he will be determined to work harder in the future.

4. I insist that you (should) go to spend the holiday at weekends.

5. Are you aware that lack of water makes your flowers unable to grow up?

1. If the orchestra met his demands, he would weep for joy.

2. I don’t think that he will approve of the plan.

3. It won’t be long before he graduate with the highest honors.

4. The teacher demanded all the errors (should) be corrected.

5. It was his strict attitude towards performance and loyalty to the composer’s intention that made him an outstanding conductor.

stands finding, finishes was being shown to spend have never learned had graduated

1. Mr. Smith drove himself as hard as he did his students.

2. The moment he entered the lab, he attempted to perform the important experiment.

3. I’d appreciate it very much if you could approve of joining in the swimming competition.

4. The company didn’t offer the job to him because he lacked experience.

5. Being exposed to the sun for long will harm / harms your skin.

Being turned; tore; noticed; (should) call; be spared

1. The speakers are required to make eye contact with the audience during the speech / when they are making / delivering speeches

2. We were conscious of the manager’s not approving of our suggestion.

3. It seems that he is proud of / takes pride in his efficient work.

4. It is reported that the doctors took / ran the risk of being infected to help / treat / save those AIDS patients. / The doctors are reported to … …

5. I didn’t know that someone else took the fall until he insisted on admitting mistakes to me.

1. The scene reminded me of the first public performance of Toscanini.

2. Mary is a nice girl who often leaves the hardest part of a job / hardest work to herself

3. There is no need to talk much to him, as he has already made up his mind.

4. It is (entirely) possible that many students have lost their interest in memorizing grammar rules.

5. The old do not necessarily know more than the young.

The coach was very satisfied with what his team had done on the field.

Given his health, the school approved his having a year off at home

Our teacher kept encouraging us to help each other out.

He eventually achieved his dream of becoming a star accepted by the audience.

It was not until he saw his lost mobile phone with his own eyes that he believed everything was real.

1. Having experienced 2. to have seen 3. learning 4. are expected 5. observed

We have to learn how to protect our proper rights as consumers.

Whether one can succeed chiefly depends on how hard he works rather than whether he is talented or not.

In the modern society, paying more attention to your appearance will make you feel more confident of yourself.

I’m quite curious why he has quitted basketball which he used to be crazy about.

After the exam, he couldn’t wait to check answers with his classmates .

In the past / last five years, Shanghai has turned into a garden city before we know it.

What matters is that the Chinese Football team has tried their best in the World Cup.

In order to / To prevent the water here from being polluted, many factories have been closed.

No matter what you say, I won’t lend you any money.

1. He is described as a peace-loving person.

2. Many large supermarkets offer their customers a wide choice of vegetables and fruits throughout the year.

3. On the occasion of danger, you can tell who is your true friend.

4. Having an apple a day is claimed to be effective against all kinds of diseases.

5. Despite the fact that teacher had explained the rules of the game, some students still forgot to follow/ obey them.

1. Teaching in the US

5. Seminars are proper for him because this kind of class emphasizes discussions and presentation by the students.

2. The noise came from the fairy babies and the fairy mothers.

3. Because she wanted to protect the lily flowers and keep the fairy mothers and babies untroubled.

4. If we give love to others, we will get love in return.

3. Spruces, according to Kullmann, which offer rich insight into climate change, (had long been thought as relatively newcomers in the Swedish mountain region.)

1. The American X-43A Airplane.或The Fastest Plane in the World.

2. The heavy rain hit the state all night last Friday, so some banks of the river were broken.

4. I think it’s a good idea to open up such restaurants because customers can learn more about blind people and thus show more concern for the disabled.

1. Advice on visiting the sick.

2. A person who brings a message.

4. You should talk about something good with you friend. You should listen more, talk in your usual setting, and don’t talk too much.

Allan was worried. This was his first time to go traveling 1 . He didn’t know how to find his seat, 2 he went to the air hostess(空姐) and asked, ―Could you help me? I can’t find my seat.‖ The air hostess showed 3 the seat and told him 4 and fasten the seat belt(系好安全带). She told Allan not to move about when the plane was going up. And she also said that Allan’s ears might feel 5 strange, but he didn’t need to 6 it because many people felt 7 that. When the plane was flying very high, Allan could stand up and walk around. He could 8read books, newspapers or see films. The air hostess would__9__ food and drinks. Allan would enjoy the flight and 10 soon.

6.A worrying B. be worried C. worry about D. worry